Please don’t ever do anything this stupid with a drone 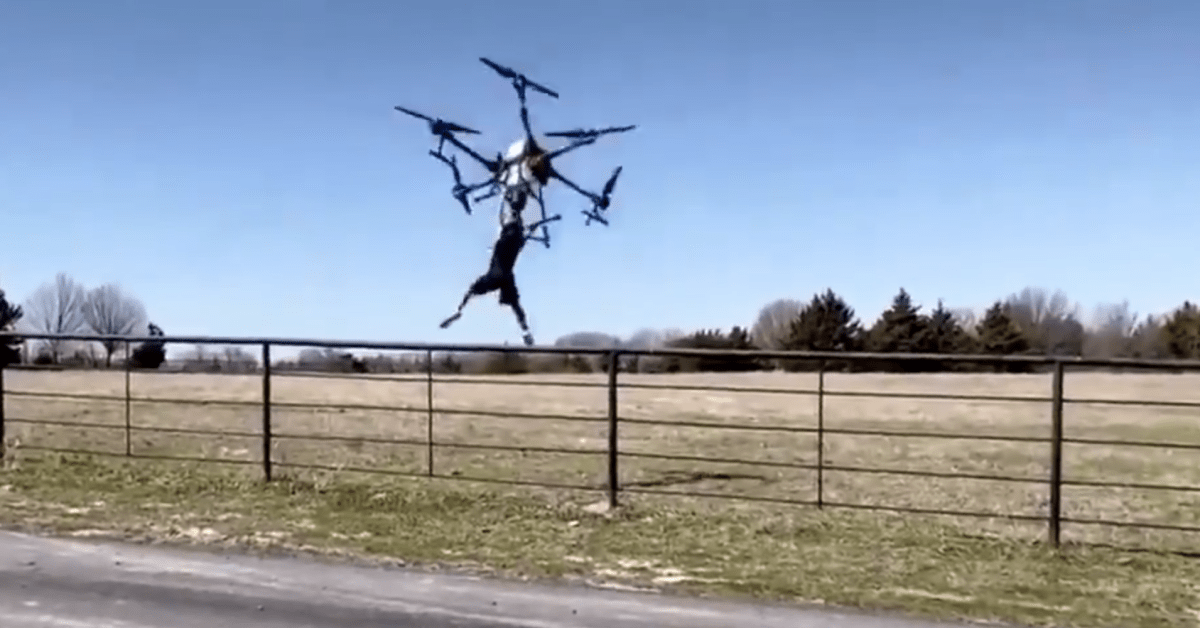 It has been, thankfully, a while since we’ve seen someone do something really stupid with a drone. That streak of relative sanity has come to an end with this video.

You know, of course, that drones can be dangerous things. Those props, at speed, can cause a lot of damage to human flesh. In fact, we saw a post the other day on Twitter showing deep cuts to someone’s cheek that was so graphic it was almost stomach-churning. So it should go without saying: Always have a healthy respect for the reality that a drone can cause injuries.

Especially if you’re trying to fly while hanging from one.

If you ever happen to be piloting a massive industrial drone and someone says they’d like to hang suspended from it…just say no. No, you can’t hang from my drone. No, I won’t attempt to fly this with you hanging from it. No, you will fall down and go boom.

In the case we’re about to see, which has been making the rounds on Facebook via TikTok, the pilot didn’t…