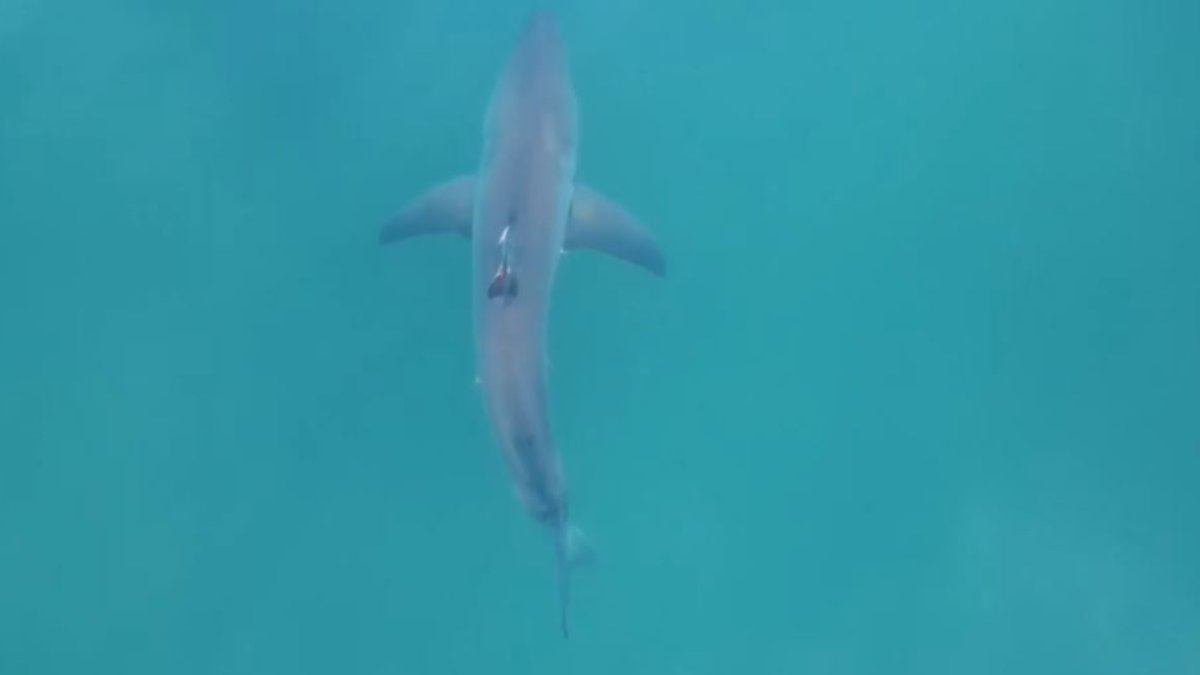 A local drone enthusiast caught a surfer waving to his drone this week as a shark swam right under her board.

Paul Hibberd told NBC 7 that he captured the video on Tuesday around 4:30 p.m. He said he went back out on Thursday and caught spotted nearly half a dozen sharks, which he thinks may have been great whites.

on Friday, NBC 7 asked Scripps Institution of Oceanography researcher Daniel Cartamil to take a look at the video.

“That certainly does appear to be a white shark,” Cartamil said. “It is never that straightforward to estimate size from photos like these, but this appears to be a mid-sized juvenile, which are often found in southern California coastal waters.”