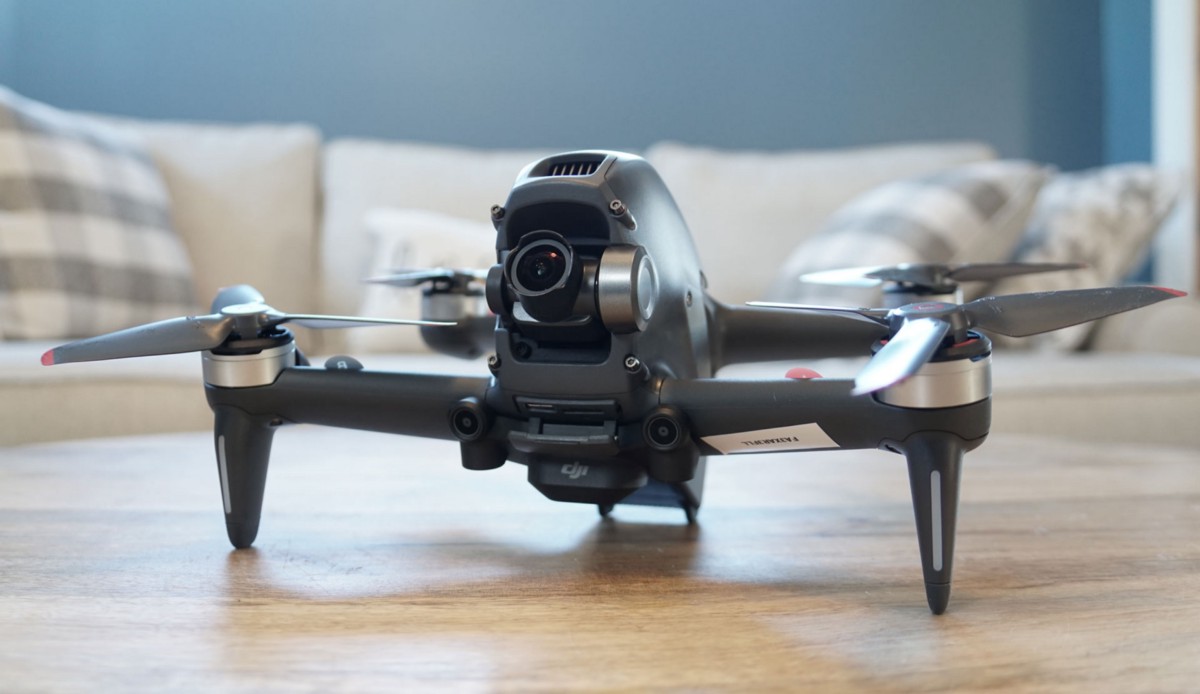 Like the larger remote, the gesture control remote (sold separately for $199) works with the FPV Goggles. On-screen, I saw a small white circle, which I used as a navigational guide while carefully twisting my hand left and right and up and down. At the same time, I lightly squeezed the trigger to fly to that circle (the harder you squeeze, the faster you go). It sounds a bit complicated, but it turned out to be a very intuitive way of flying. I think racers are gonna love this controller.

DJI knows that flying a drone FPV-style isn’t easy; that’s why they’re including a virtual flight training system, which was also not ready in time for my tests.

Since setup was so easy, I decided to do a tiny test flight in my backyard.

To power up the headset, remote, and drone, I pressed once on their respective power buttons, followed by a long press. There’s nothing special about this since it’s how I’ve energized DJI devices for…