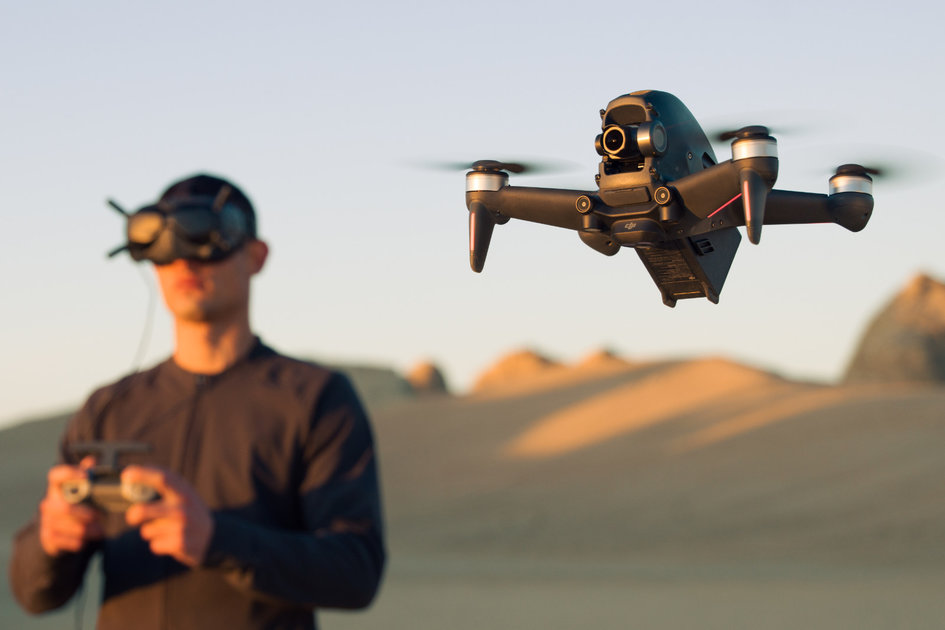 (Pocket-lint) – DJI has unveiled a brand new drone, and unlike its previous consumer models, this one is designed to be used primarily through the company’s FPV goggles. It even says it in the name, it’s the DJI FPV.

That means rather than strap your phone to the controller to use your phone as a screen, you strap the FPV goggles and see the camera feed directly through that, flying ‘on the nose’.

Its design is radically different to any of the Mavic series too. The camera is placed higher up in the front of the nose, while the arms are completely rigid and can’t be folded away.

Similarly, the body of the drone is much more bulbous and rounded at the front, moving away from the shark-nose angular look of the Mavic models.

From a video perspective, it’s designed to capture high resolution imagery at fast frame rates, since the drone itself is also designed to be more nimble and quick…