Skip to content
Home » Products » With the Mambo FPV, Parrot takes the turn of the drone racing machine

With the Mambo FPV, Parrot takes the turn of the drone racing machine 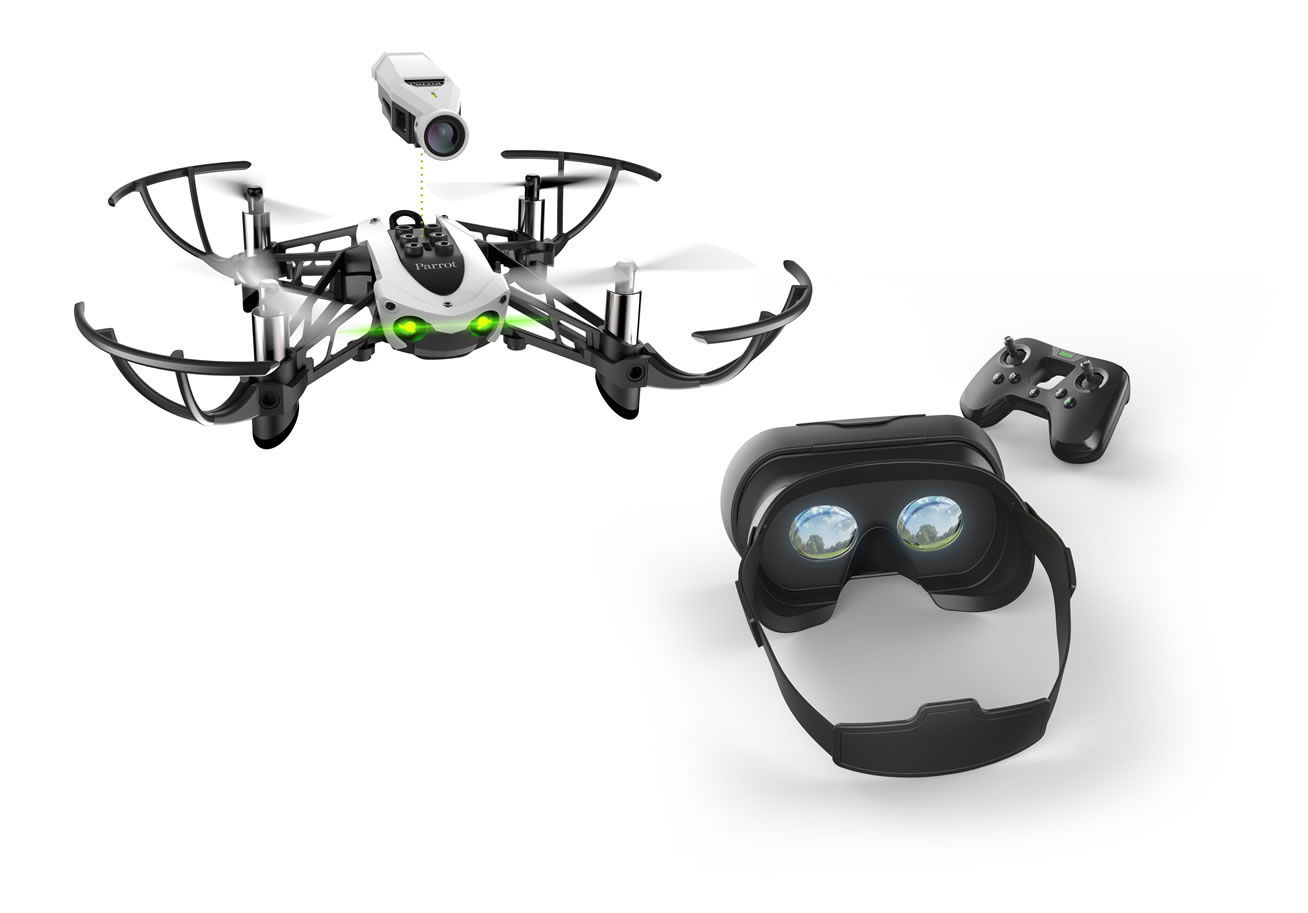 The French leader of hobby drones continues to cultivate its singularity by deploying its range of recreational mini-drones. After the release of a series of “apartment drones” with new functions, Parrot follows the current trend: the drone racing, or drone drones (or drone race, as you like).

We already knew the Mambo, which sold a million copies. This is his little brother, the Mambo FPV, dedicated to immersive flight with a 720p HD camera, the new Parrot Cockpitglasses 2 FPV goggles and a Parrot Flypad pilot remote control. Please note: the glasses are not autonomous as they need to slide in the smartphone (up to 6 inches) in order to have live video feedback.

Playful and sheltered from the binding regulations

A playful orientation totally assumed with this new toy which will certainly provide thrills to its pilots, given if they have fun to fly at home between the furniture and the TV of the living room.

The Parrot Mambo FPV, which can reach speeds of up to 30 km/h, offers three flight modes: Easy, Drift and Racing. The Flypad controller allows more accurate control of the drone than the virtual touch controls on the smartphone. The camera is equipped with a microSD memory card (not included) that allows you to record images filmed by the drone directly.

The Parrot Mambo FPV will be available in September at a price of $179. The package includes the drone, the HD FPV camera, the Cockpitglasses 2 submersible goggles, the Flypad remote control, a set of 4 propeller guards, a battery, a USB cable and a quick start guide.