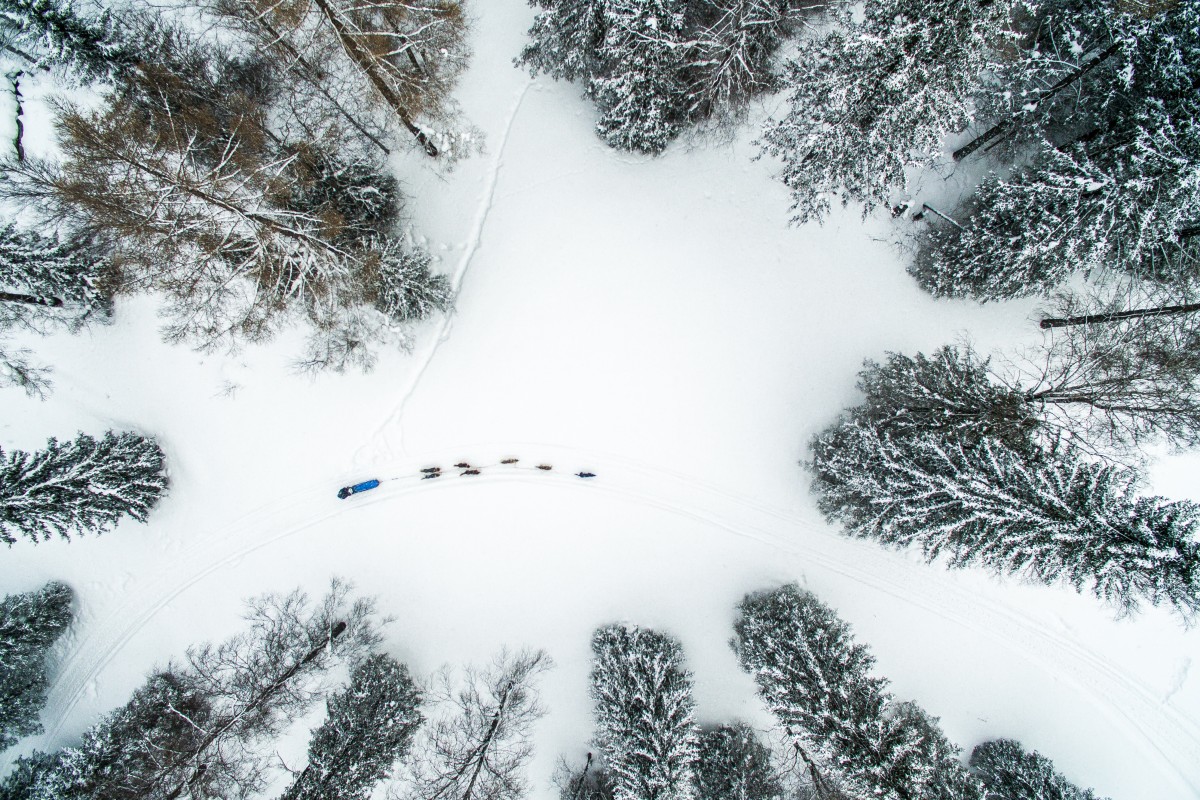 Maksim Tarasov, a 31 years old Russian aerial photographer, is one of our very talented dronists. He’s also a traveller and explorer who loves the nature and outdoor activities. He was born in the Southern Urals in a small city of Miass. Now Maksim lives and works as a photographer in Chelyabinsk. We wanted to know more about his passion for aerial photography.

Tell us something about yourself
From 2008 I involved in photography, for a long time it was just a hobby for me. I wanted to move forward but my current job at that time didn’t allow me to pay as much time as needed to photography. Then I was working in ITgroup in bank. That job was nothing to do with creativity and even my manager used to tell me that I was not on my place there.

Four years later I made something crazy that changed my whole life. I left everything behind and moved to China to be with one Russian girl I was in love with.

We were working as designers. I am really grateful to her for that period of my life despite we broke up.
Despite that in China my job was to create toys’ wrapping I began to shoot photos every day and follow others photographers’ art as well which became much easier. It’s very important to train your vision. Once one friend of mine told me that if I wanted to become a photographer I should leave everything behind and do only this. I followed his advice.

When I came back to Russia 2 years later I started to make photos. It was important to me to realize who I was, if photography was my destiny or I should try to find myself in something else. It was a very difficult period of my life. I started from zero. It was hard to make money for living this way, but I wasn’t afraid of it and was moving further.

So how did you get started with drones?
In August 2015 I was offered to shoot factory construction. The employer wanted not only shooting from the ground but aerial photos as well. For these reasons they bought DJI Phantom 3 Pro. This was new but very interesting technology for me. Of course, I agreed despite that it was a little bit scary for me because the equipment was rather expensive. I understood that it was great opportunity for me as photographer to move forward.

My first flights were only in the factory territory. Gradually I was learning drone. The more I was learning its opportunities the more complicated my flights were. I began to fly higher, faster, perform complicated maneuvers, fight against nature. Soon I was able to launch it even from invisible point, more than a kilometer away from me. Together with it we passed through low temperatures and snow and strong wind chasing a good shot.

When I got used to control drone better I started to shoot for myself. At that moment I began to discover things. Now I can say that aerial photography is what I was looking for. Drone became more than just a device for me, it became my friend and “co-writer” for my stories. Wherever I’m going it’s always with me.

What gear do you use in the air?
My main device is still DJI Phantom 3 Pro. For me it is a universal equipment – its size and abilities are just what I need.

Can you tell us about your editing process as well as what some of your favorite apps are?
I believe that digital photo needs to be edited and it’s normal if you know when to stop. For editing in PC I use Photoshop and Lightroom. I edit some pictures on the phone using app Snapseed.

I try not to change a lot in an original picture and make only unnecessary changing.

This one ”Space under your feet” is one of my first shots actually. I made it in the very beginning of my career. It’s the most significant shot to me that changed my vision of the world.

How would you describe your style or vision for taking photos?
I remember my first shot that changed my vision of the world. I made it in the village of my grandparents. Flying above an overgrown river I realized that somehow it looked like space. I stood still above it and started to study it. I was really surprised to reveal that well known places could be totally different if you look at them from above. At some point I realized that it’s not enough for me just to change the angle of shooting by rising higher. To look for things hidden from us – that’s interesting: explore, study and turn every flight into discovery. I began my research and discovered that in fishing hole you can see a human eye, and in dying solid – life.

When my grandparents saw the pictures of their house from above they were frankly surprised – ”we didn’t even think we live in such a beautiful place”.

Nature and world around us keep a lot of secrets. We got used to look at this world from the bottom up. Easily we can imagine anything from this perspective, even that we have never seen before. We got used to see things this way.

Sometimes I just stay still in such places, staring at them and thinking “what is it there?…what really is it there?” It can be absolutely anything – a frozen lake or a forest or an endless field, it doesn’t matter. Normally we got used to see everything in one plane but from the skies it looks totally different. And only when I fly high and look around I’m able to find answers to these questions. Thus, for example, on the empty field you can find mysterious signs. But while you are down on the ground it’s difficult to imagine their existence and especially to see them. When you realize all this you start thinking how many hidden things there are around us.

Drones give us an opportunity to rise to the sky and to see the world in a new way. To see it in the way birds see it. Join them and follow them in an exciting journey.

World around is an art – real, changing. It’s important not just to look at it, but to see it, feel it, not to be able to breathe without it.

Tell us a breakthrough in drone photography that excites you
In the beginning I was anxious that while I live in the Urals it would be difficult to me to compete with other aerial photographers in the world. Of course, our nature is beautiful but it’s not as bright and great as it is in other countries. I was afraid that nobody would be interested to see our region’s surroundings. But only because of this I started to search for interesting places and discover things. Firstly, only for myself but then it became obvious that I’m not the only one interested in these pictures and there were no more doubts.

What are the rules to follow in your country?
At this moment you should agree every flight. It takes you about 2 weeks to do it! Of course, it slows me down very much. I am trying to follow these rules but not always successfully.

How do you think the military’s use of drones has affected public opinion and knowledge of drones?
I think drones were created because of the army. They have a huge potential and abilities in many fields of our life and, of course, for military purposes as well. But when it’s about wars I cease to understand people and their reasons.

Do you mind telling us about one of your drone failures or crashes? 🙂
Once I wanted to make a picture flying through the window of almost ruined building. But at the last moment something went wrong and my drone hooked on that window and fell down on the 3rd floor. It was scary to climb there but I couldn’t leave my “friend” like this. Besides, all the pictures I made then were on usb. Fortunately, everything ended well.

What areas of the world would you like to explore with your drone in the future?
I’d love to travel around the whole world. You never know what and where you can find. The point is to move forward and never stop searching.

What’s your tip for any drone photographer?
Just keep doing what you like most of all )

Maksim Tarasov’s most viewed picture on Dronestagram with 1.400+ views!

Thank you very much Maksim!