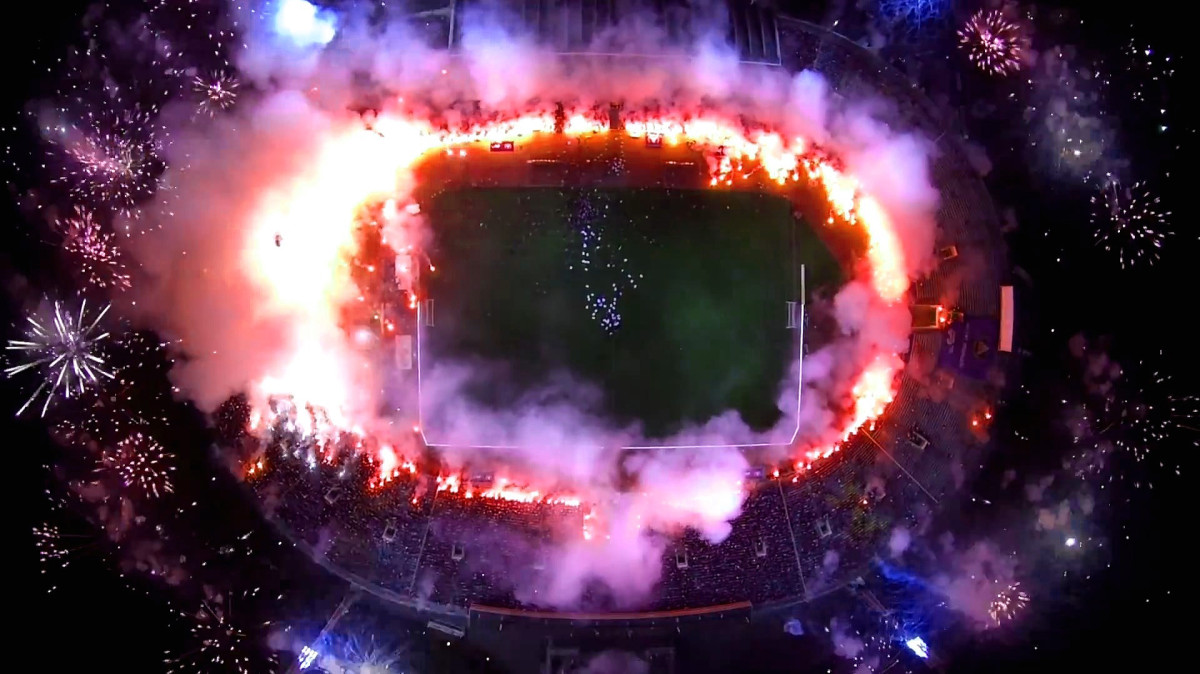 Svetlin Marinov, Bulgarian aerial photographer, known on Dronestagram as IceFire is one of our talented dronists.  He’s also one of our top pilots and the winner of the 2nd Prize in Popular Prizes (most liked picture) in 2015 Dronestagram and National Geographic Drone Photo Contest with his picture “Plovdiv by night“.  Dronestagram interviewed Svetlin with few questions.

Tell us something about yourself
Well, that’s certainly quite a broad question right there. I have always been interested in photography in general. I still remember a story – when I was a child, we were skiing in the mountain with my parents. They agreed to give me their old camera and I was allowed to take one photo. I made a beautiful impression of the pine trees above us. Later on, all relatives as we were looking at the printed photos back home were telling me that I must have a talent for this. It’s quite possible they have been just saying so since I was a child, but well, I believed them.

How did you get started with drones?
That happened some 4 years ago. In fact, at first I was mostly fascinated by the idea that I can fly a model; and quite quickly afterwards – with the idea that a camera can be attached to the flying model so that I may be able to see the world from a higher point of view. My very first flying machine was a micro helicopter, controlled by infrared light which was able to go up to about 20 meters height. The next thing that was flying was a bigger copter to which I was trying to mount a small Chinese spy camera. Then came my first drone, which was still not all that good and was more like a hovercraft, although that it was an amazing breakthrough after my attempts with the helis. And the story goes on…

So what appeals to you about aerial photography?
Flying itself. The feeling of being able to fly. To see the world that we all live in from a higher perspective, to see everything differently. To visit high roofs or unreachable mountain cliffs, even if only with the camera. And to be able to create beautiful videos and pictures and share the beauty with the world.

Can you tell us about your gear and drone setup?
I fly DJI. First started with Ar.Drone, then there was the Ar.Drone 2. Right after I had my Phantom 1, followed by Phantom 2, 3; and now – 4. I actually had three Phantom 3’s and two 4’s, but those are the risks when your camera is flying above ground…

What do you think the public’s perception of drones is?
O, I’m glad you asked. Honestly, some people see them as a threat. You can threaten someone with a knife. Or with your car. There is a myriad of dangerous things around us. In fact, you can even poison yourself with household regular food items. The world is a dangerous place. It shouldn’t be about forbidding drones – it should be about responsibility. And here comes the big thing – flying a drone IS very responsible. There is not a moment in which the drone is flying in which you should be completely calm. In fact, quite the opposite. So responsibility should be implicated on all drone operators. Most of us are responsible already, but you know. Just in case.

What are the rules to follow in your country?
Officially, none. By the way, my country is Bulgaria. But of course, one should always be careful. I mean, if you are going to fly near important public buildings, or above the backyard of a rich businessman for example, you could get in trouble. So, common sense, well, that’s it.

What movie or photo are you the most proud of and why?
With my “This is Bulgaria” videos. I have two such ones, first and second part and they can be found on my youtube channel www.youtube.com/otnebeto (in Bulgarian, “otnebeto” means “from the sky”).

Can you tell everyone a little bit more about this picture?

That one? I’ve never seen that one… Just kidding : ) Well, to be honest, even though it became a winner in a photographic contest, the way I took it isn’t all that amazing – but can be rather inspiring for everyone, since it shows that no special “preparation” is needed for the making of a photo that may win a prize later down the road. I was in the oldest city in Europe – Plovdiv (that is in Bulgaria), at a diner. As the sun went down, I grabbed my drone and went out on the street to just fly a bit around – then, when I went up, I saw this beautiful question mark, created by the newly reopened fountain park in the centre of Plovdiv – so just had to make a series of pictures and videos of it. The one above I consider the best from the set.

IceFire and his 3 top skills to be a good pilot

In your opinion, what are the top three skills you need to be a good pilot?
You need to be able to think for at least 10 things at once, as it sometimes becomes a valuable skill when flying. Whoever you’re flying for starts showing you exactly what they want, at the same time if there is an actor, or a singer, they start telling you something else. Three other persons come around from the general public asking you questions – “How far does it go?”, “Do you control it?”, “How much does it cost?”.

Then, you need to observe the video that you are making so that it will look smooth, and at the same time there is a bird flying around the drone, there are threes along the street, a child is throwing water balloons at the drone and it starts to rain. And you need to be okay with all of it at the same time or you crash. Another skill would be general interest and feeling towards photography, fluid movie making, beautiful picture taking – as they are a big part of being a drone operator.

And the last one is talent. It’s not really a skill, but the ability to open your heart and allow it to guide you as you are making a video or a picture is critical to the beautiful outcome at the end.

Are there any places you wish you could photograph from the air?
Many. Mauritius island, Grand canyon, Deserted areas in Africa, Pitcairn island… the list goes on. But I am truly satisfied with my work in Bulgaria too, as it’s a very beautiful place with diverse geographic landmarks – there is the sea, rivers, canyons, dense forests, lush fields, high mountains and small villages, monasteries, old ruins from ancient times… pretty much everything, scattered among a seemingly small area.